In the beginning, the digital was blue. It was the electric sapphire of its lightning-speed technologies. And the clear blue skies of its potential. It did not last.

The digital is yellowing, aging badly, like an old Polaroid. It is the yellow of sick minds grooming children and wannabe terrorists on the web. Of cowards hiding online for all sorts of vandalism. Of the “post-truth news”, which disregards evidence and despises reasoning, chasing instead eye-catching headlines and finger-triggering click-baits. 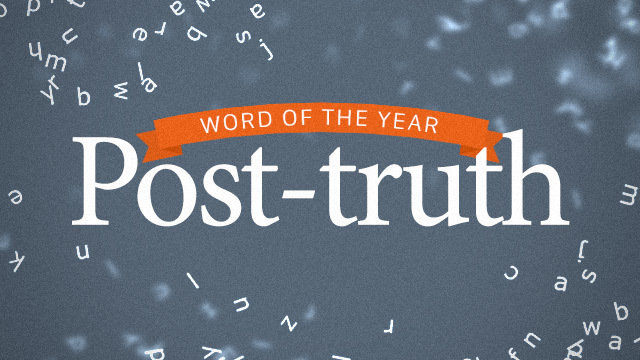 The yellowing of the digital media is not a new phenomenon. According to Wikipedia the phrase “yellow journalism” was “coined in the mid-1890s to refer to the sensational journalism in the America press that used some yellow ink in the circulation war between Joseph Pulitzer’s New York World and William Randolph Hearst’s New York Journal”.

Nor is the yellowing just the fault of the digital. Admittedly, the more people are online the more noise you get, and grating disagreements become more likely. But the deeper truth is that the digital has aged badly because we lowered our guard against the deterioration and pollution of our infosphere, mistaking abuse for freedom of expression, profiling for tailoring, spying for security, apathy for toleration, populism for democracy. We have let the infosphere grow chaotically, without stewardship and a clear socio-political project, happy that it would give us just what we want. And what we want is now making us ill.

The idols of the cave

We have always been prejudiced and intolerant of different views. Francis Bacon’s Novum Organum, published in 1620, analyses four kinds of idols or false notions that “are now in possession of the human understanding, and have taken deep root therein […]”. One of them, the “idols of the cave”, refers to our conceptual biases and susceptibility to external influences: “For everyone […] has a cave or den of his own, which refracts and discolours the light of nature, owing either to his own proper and peculiar nature; or to his education and conversation with others; or to the reading of books, and the authority of those whom he esteems and admires; or to the differences of impressions, accordingly as they take place in a mind preoccupied and predisposed or in a mind indifferent and settled; or the like”.

Likewise, the appetite for shallow gossip, pleasant lies, and reassuring falsehoods has always been Gargantuan.

The difference is that today, for the first time in human history, the digital is finally feeding it with a bottomless supply of semantic junk, transforming Plato’s and Bacon’s caves into echo chambers.
The result is plain to see. Ethical problems linked to the digital represent a defining challenge of the 21st Century. They include breaches of privacy, of security and safety, of ownership and intellectual property rights, of trust, of fundamental human rights, as well as the possibility of exploitation, discrimination, unfairness, inequality, manipulation, propaganda, populism, racism, violence, and hate speech. Nobody knows exactly the human cost of these problems but it must be immense. Just consider the political responsibilities of digital platforms for Brexit and Trump.

So far, the strategy has been to deal with the ethical impact of digital technologies retrospectively, if and when some yellow spots occurred. For example, Facebook and Twitter are taking more significant actions against online misinformation, yet only now that the US presidential election is over. This is no longer good enough. “Fail often, fail fast” is a poor strategy, often equivalent to “too little too late”, with high, long-term costs of global significance, in terms of preventable or mitigable harms, wasted resources, missed opportunities, lack of participation, misguided caution, and lower resilience.

A lack of proactive ethics foresight thwarts decision-making, undermines management practices, and damages strategies for digital innovation. Furthermore, globalization, and the almost instantaneous dissemination of digital innovations mean that some of the costs may be hardly reversible, especially when confidence and trust are undermined.

Ethics: we can and must do better

Today, we can and must do better. We need to remove the many yellow stains that deface the infosphere and ensure that the digital is the extraordinary force that it can be for individuals’ well-being and social good. We need an ethical infosphere to save the world and ourselves from ourselves.
Restoring the infosphere and making it flourish is a gigantic, ecological effort. We must rebuild trust through credibility, transparency, and accountability. And we have to ground our digital societies on solidarity and benefit-sharing premises. All this will require huge resources and a very high degree of patience, coordination, and determination. But it can be done.

There are already strong and encouraging signals. In April 2016, the British Government agreed with the recommendation by the Science and Technology Committee of the House of Commons, that “the Government should establish a Council of Data Ethics”. In September 2016, Amazon, DeepMind, Facebook, Gooogle, IBM, and Microsoft established a new Partnership on Artificial Intelligence to Benefit People and Society. And in May 2018, the new European General Data Protection will enter into application. We seem to be moving in the right direction.

Clearly, we need an open and independent forum to bring all stakeholders together to participate in the dialogue, decision making, and implementation of solutions to common ethical problems brought about by the information revolution. We need to shape and guide the future of the digital, and stop chasing it. It is time to work on an innovative blueprint for a better kind of infosphere.