TOK.tv is the social network of the official FC Barcelona, Real Madrid, Juventus and Italian Serie A TIM apps. In the last twelve months, TOK.tv increased its user base from 500K to over 8M users, with fans taking more than 2.5M social selfies. 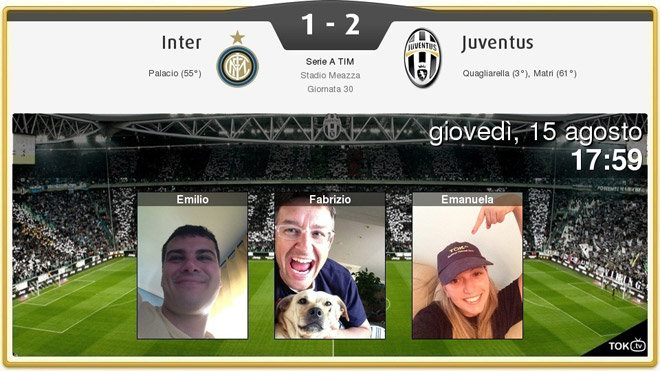 This weekend, Real Madrid and Barcelona face off in the Clásico, the most anticipated soccer match of the year. Fans of both teams, using the TOK Social Button on the respective team apps, will be able to talk live, send stadium chants and take a social selfie together. Trash talking will be encouraged, because the social platform works cross-teams.

For a preview of the experience, you can check this video

By simply integrating the TOK Social Button into their existing apps, sports teams and leagues bring a new social experience to their supporters, engaging audiences during live matches and monetizing them through ad-syncing and brand content. Shifting the engagement from horizontal social media to proprietary assets, TOK.tv put teams in control of their relationships with users and give brands the opportunity to create measurable, effective campaigns.

The funds raised in the Series A round will be mostly focused on expanding the social network partner base to the USA (which is already the second most popular country for TOK.tv users, due to the growing popularity of soccer in the nation), bringing the voice platform to US teams and leagues.

«We have seen an incredible growth in the last twelve months, thanks to the partnership with the top sport teams in the world. We are excited to bring this experience to the US, where our company is based. We know our voice platform is perfectly suited for US sports because it is where we ran our first tests: games are social by definition and there are significant opportunities to deliver advertising during pauses. We are looking forward to partnering with US teams and leagues, and have their fans enjoy matches together, even when they are far apart», said Fabrizio Capobianco, CEO of TOK.tv.