He admires so much Augustus, heir of Caesar and first roman emperor. The enfant prodige who single-handedly changed everything, in what was once the largest empire in the world. In the example of the great Augustus, Mark Zuckerberg announced on his official page his next trip to Rome. 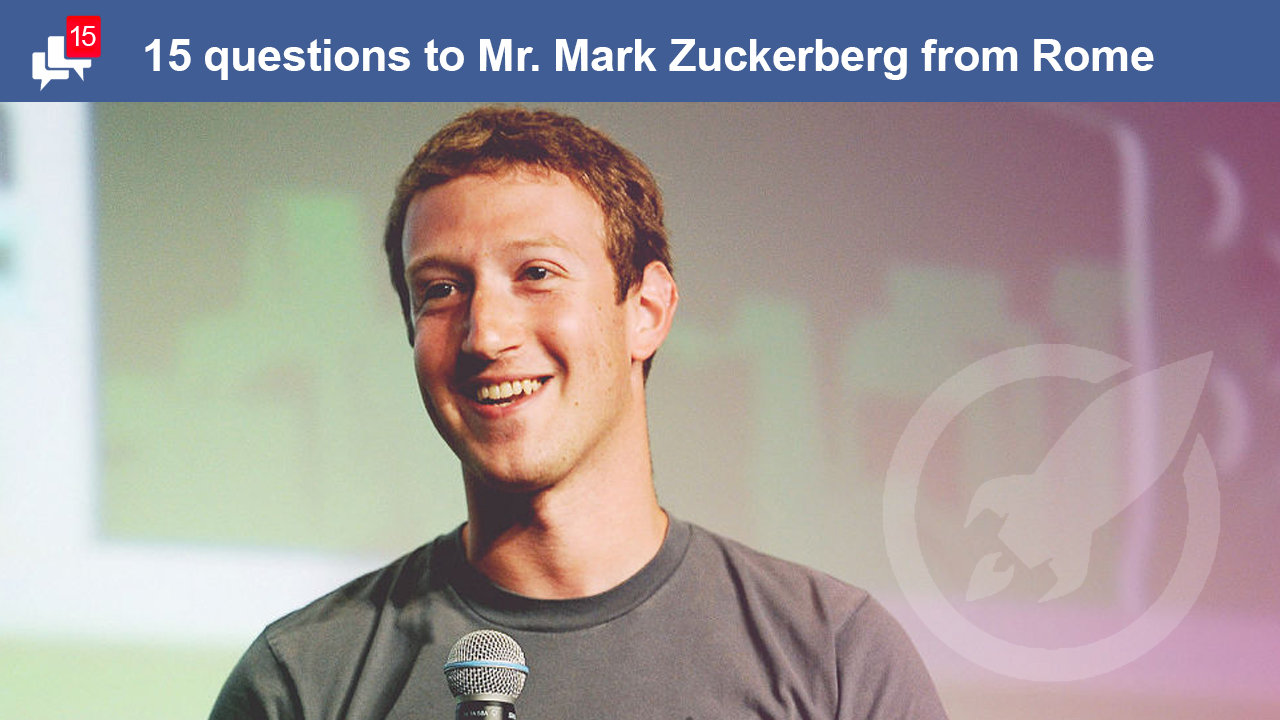 If less than a year ago another Silicon Valley big, Apple’s Ceo Tim Cook, opened the academic year at the Bocconi University in Milan, now the Facebook’s number one chose Luiss, where he will meet – according to the university – students and startup. A meeting whose organization is headed directly to the Palo Alto’s company, who prefers a closed-doors meeting. More, armored.

VIDEO: When Zuck explained Facebook. In an empy classroom

No journalists, no curious, no one except the guests. Here there is no keynote or openings of the academic year. The event has only a name and surname: Mark Zuckerberg, the former Harvard student became multimillionaire. He will be the star of the day, only him. The same who, perhaps unknowingly inspired by his favorite Augustus, also decided the rules of the game.

Facebook’s dad, however, offered a chance for the inhabitants of his social empire: the Rome event will be the set for one of his famous “Townhall Q&A“, so Zuck invited those who want to make questions as comments to his post.
Startupitalia.eu has joined this invitation and asked to 5 roman innovation ecosystem leaders to formulate Zuckerberg not one but three questions each.
The result are fifteen major themes, with suggestions and scenarios for Italy, of course but not only, in terms of coding, makers, startups, venture market.

The questions are summarized in five “postcards”, click on each of these to read them in full, in italian and english language. 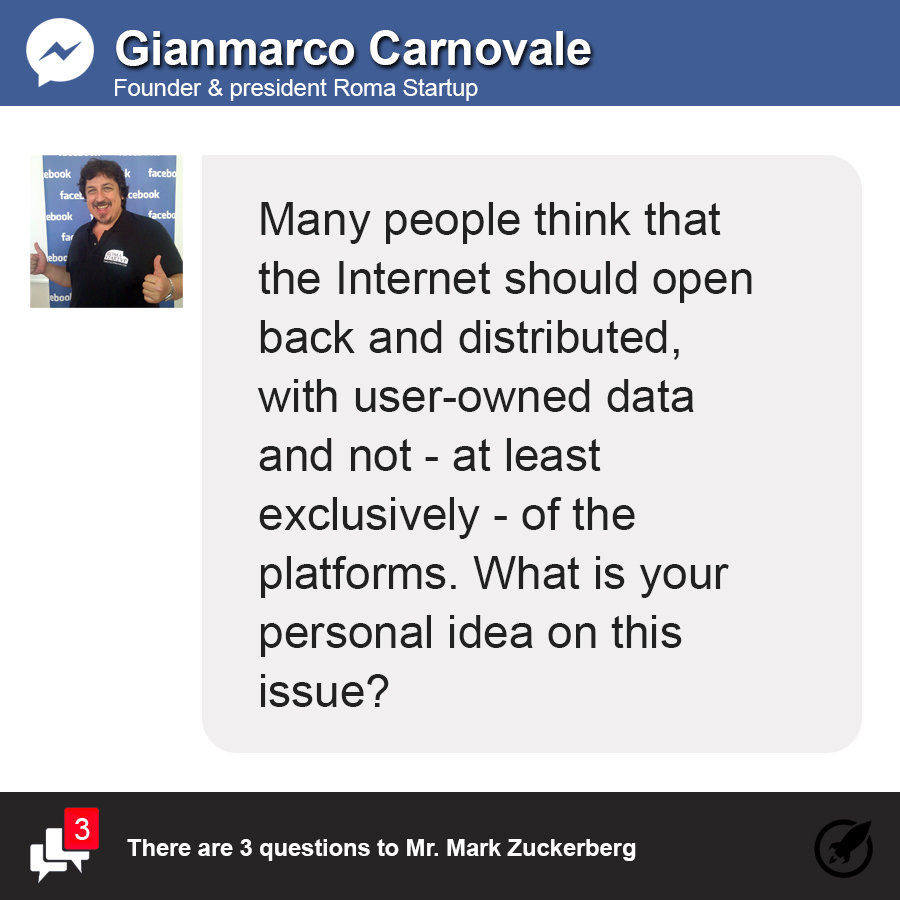 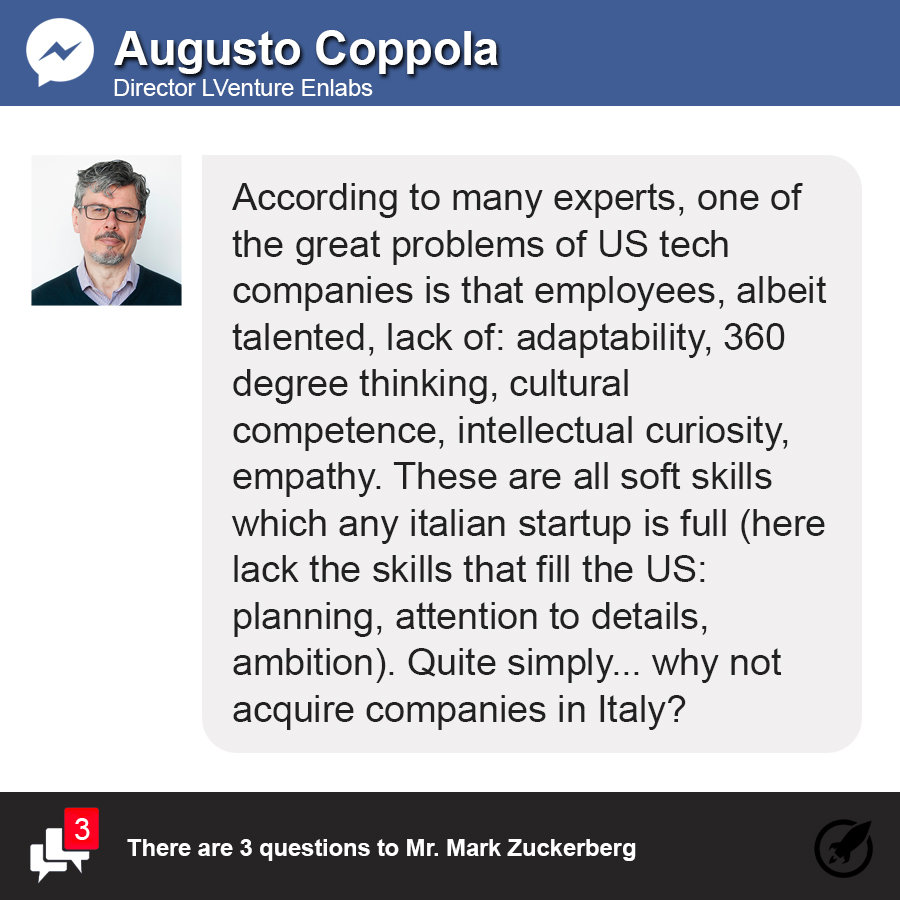 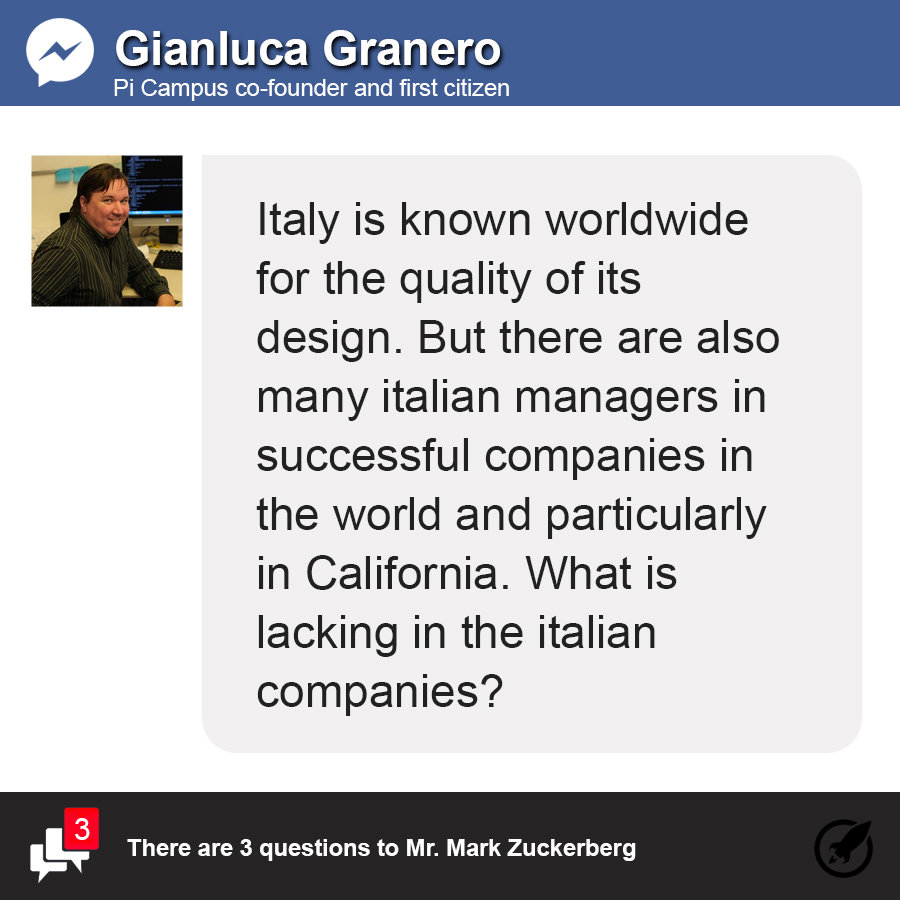 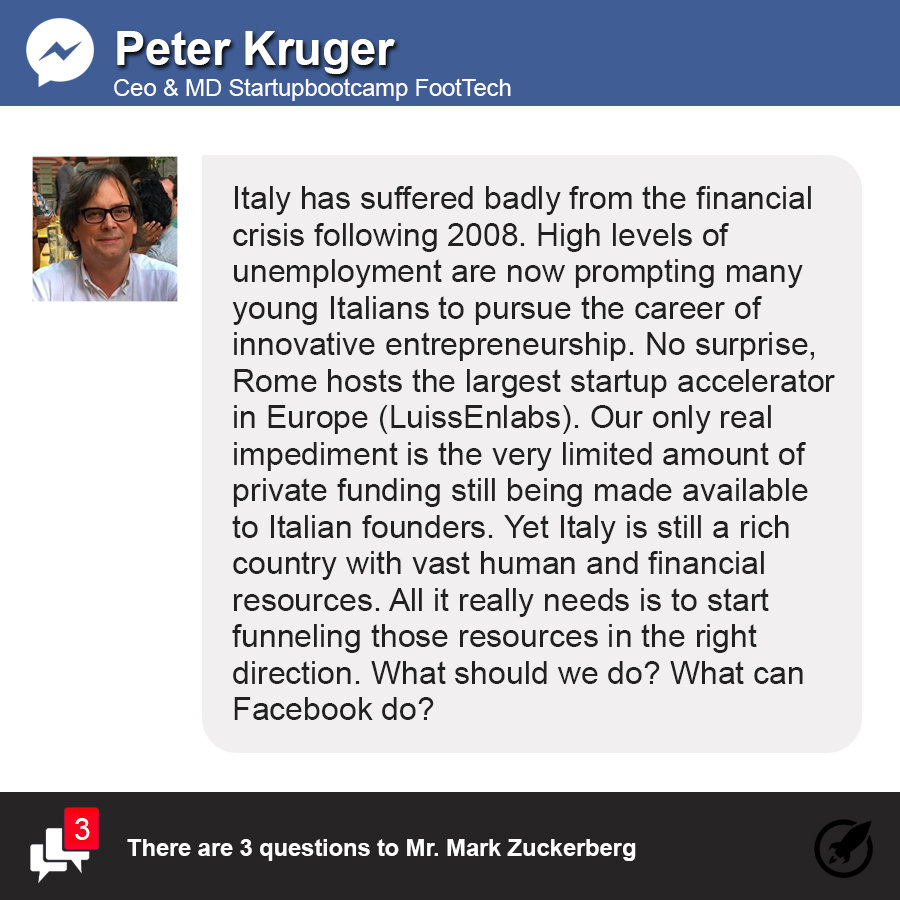 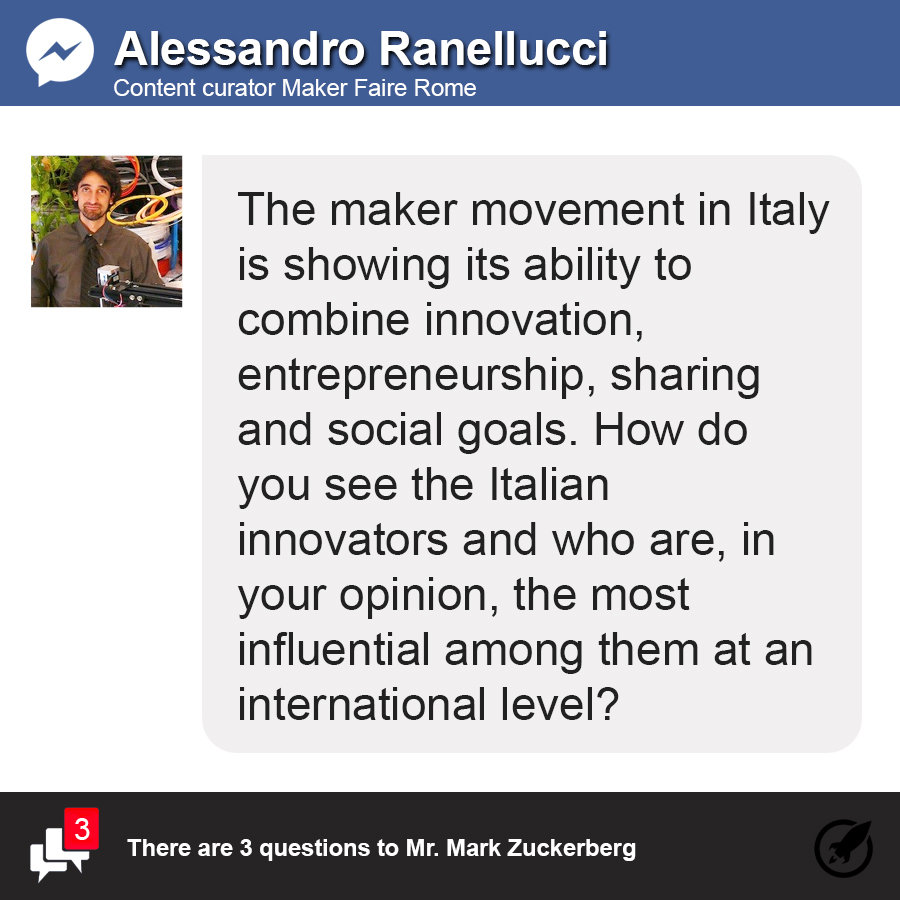