Only a few years ago, startups were a niche. Then they’ve got to be a nice buzzword, beloved by enthusiast storytellers in search of new heroes. Now they are a movement. An economic movement. Take a look at what is happening today, and for the whole week, in more than 200 european cities, from Helsinki to Lisbon, from London to Athens. Thousands of people are getting together in their communities to stand-up. Different countries, different stories, different political views and there is only one  common message, strong and clear: Startups are here to stay and to change Europe’s economic landscape for the better. 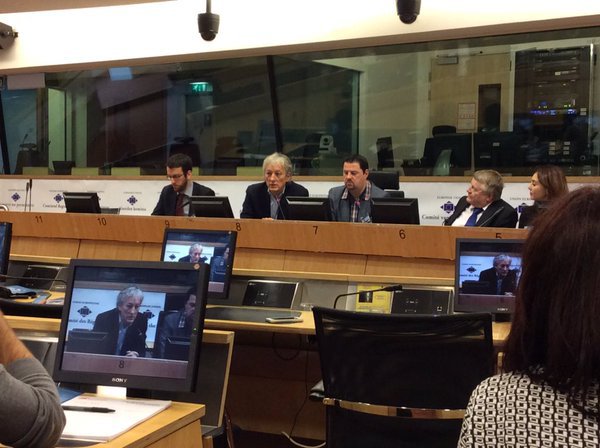 I am sincerly honoured of this invitation for the kick-off event of Startup Europe Week in Brussels. I noticed that you invited only a representative from Estonia and me. Great! One could maliciously figure out that you invited the first and the last, the best and the worst. The Startup Nation and the Nation of Pizza, Fashion and Ferrari. But it would be a mistake. And this is not the case. Italy is much more than its common stereotypes. Even though in the official map of the SEW event, you can find cities from every european country, but not Italy. Never mind, we together will make a better map next time, given the fact that italian startuppers are organizing around 40 of the 200 events of the SEW (and the one in Rome is probably the biggest overall): not a bad score for a Pizza-Country.

It does not matter, really. The official map does not matter. What really matters is that Italy is finally getting to be an innovation-friendly place. I want to make myself clear: we are not suddenly a paradise for startups, we are not a new Silicon Valley. Definitely not. But we are a country where is much easier, than four years ago, to kick-off your new company.

We are on the brink of a new era. A Startup Age. In Italy too. And this should not be a surprise. There are two reasons for this mutation. The first one is a good and consistent policy-making. It all started four years – and three governments – ago. The Italian Startup Act made it easier to launch a company, to get investment for it, to obtain fiscal deductions and to fail fast. Yes, now it’s easier to fail fast in order to succeed soon, as a Silicon Valley’s mantra states. Furthermore, we are the first country in Europe with a Startup Visa Program: targeted at citizens from not EU-country, it grants a Visa, through a full-online process, within 30 days.

Numbers are still small: less than 100 applications in 18 months, but it is important nonetheless.

Yes, we are doing great but we are still a far ways to go. Our startups do not grow fast enough, especially because in terms of VC investments we really are at the bottom of every possibile ranking (less than 100 mln euros in 2015). And there is a big problem with corporations’ commitment and openness to this new world, too. Open Innovation is still more a buzzword for button-necked round-table, than a common-sense for top managers,

But these are problems – big problems – that we share with every other european country. And that we can better tackle and solve together, as I will say later.

This is the core of the digital revolution on the jobs side. We can create jobs, not just look for our job.

The second reason for the coming of the Startup Age in Italy is more profound. It is rooted in our history as a country. The point is: we are a country of entrepeneurs. Better, of small entrepeneurs. I give a few numbers for it. In Italy we have around 4.5 milions enterprises, and more than 90 per cent are SMEs. Especially micro-small enterprises: one or two people, that’s all. It means that historically in Italy almost everybody wishes to be the CEO of himself!

In this context, startups offer a perfect opportunity. If somenone wishes to launch his or her new company, now has two option: to open a cafeteria, a restaurant, a store or something like this; or, rather, to try to kick-off a startup, a new company fueled by disruptive innovation and with a big dream embedded, to scale-up and to conquer the world.

It is not necessary to say that it is very difficult to scale-up and to conquer the world. Nine out of ten startups usually fail in the early stage. But the point is that now it is possible to try. And to try again, and again. And someone really succeeds in. And takes it all.

This is the core of the digital revolution on the jobs side. We can create jobs, not just look for our job. This is why I’ve found completely out-of-date the debate exploded in Italy about Apple Inc. opening a school in Naples. Better, opening the first European School for iOS developers: 600 students every year. Are this 600 students, also 600 new jobs or not? I have no doubt: yes, in the digital world, they are. And nowadays we all live in a digital economy.

Yes they are because it is well known that in EU we are experiencing a dramatic skills mismatch. We lack of people with the right digital skills to get the new jobs. And so to have a school where young people can get the proper education, the digital skills, it means to create jobs because a good app developer can start working immediately. Stating the contrary would mean that a great artisan is out of work: technically it is wrong. A great artisan can start creating stuff without anybody’s permission, and to try to sell his or her masterpieces. The same happens with an app developer but, let me say this, on steroids, because the market is eager of more apps developers.

This “little Italy” example lead us to the role of the media. As a journalist I have always been convinced of the importance of storytelling, e.g. telling great stories to create a better future. Role models are important for a society to evolve. Now we need a new culture too, and media have to play a pivotal role. We have to emphasize the importance of digital skills and the opportunities, for everybody, of the digital world. And startups are an important chapter of this tale. They are an engine for bottom-up innovation.

Let’s go back to SEW. It is just great what’s just happened today. In the Union. Yes, today the European Union is, again, a real Union. Even in times when we are experiencing everyday how powerful are the forces working for a fragmented continent, today we see a new union. A union of talents, a union of people with the same  passions for the future, a union of brave entrepeneurs who take every risk to make their dream come true.

This first Startup Europe Week it is not just more than 200 events in a week: it is a startup movement coming of age and speaking out. Yes, we can. We can create our own job and jobs for many others. We can tranform for the better the way big corporations operate introducing open innovation models. We can give a strong contribution to the economic growth of our countries. And we need a Digital Single Market. Not just an idea, not just a proposal for the never-ending Brussels’ negotiations. We need a real DSM, which will be twice the size of US market, and we need it now. Now.

Europe is our destiny. And out best hope. And we shall never forget this, even in those very difficult times for the Union.

When, in 2013, together with Massimo Banzi, Arduino’s co-founder, and Asset Camera (Chamber of Commerce of Rome), we launched the first Rome Maker Faire we had clear in mind the european framework. So we asked, to the licence’s holders, to grant us the permission to organize the first and unique “European Maker Faire”. So we did it. And for threes years “all the roads really lead to Rome”: some of  the best makers from every european countries gathered in the Eternal City to show up their talents. Now, makers are an important pillar of the european innovation ecosystems. Probably the most important. Because it aims at improving manufacturing through digital tools. And a more productive  – and more creative – manufacturing is what our economies have been waiting for.

In these kind events you’ve got to realize that the new generations are not only “digital natives”: they are “european by default”. Their mindset is already for a Digital Single Europe. This is why, after the astonishing success of the first Startup Europe Week, together with EU institutions, we will announce soon the first European Maker Week.

And week after week, we all together will make a better Europe.

(This is our first piece in English, so please be patient if you find some mistakes and tell us where we could have done better. We are go to improve thanks to your help too)