Everyone, from teenagers to adults, is talking it about and it is being continually thrown in the middle of political games, it is an institution that conciliates the past, present, and future. What is it? The school, of course – an indispensable tool that accompanies young people throughout their long path to adulthood. 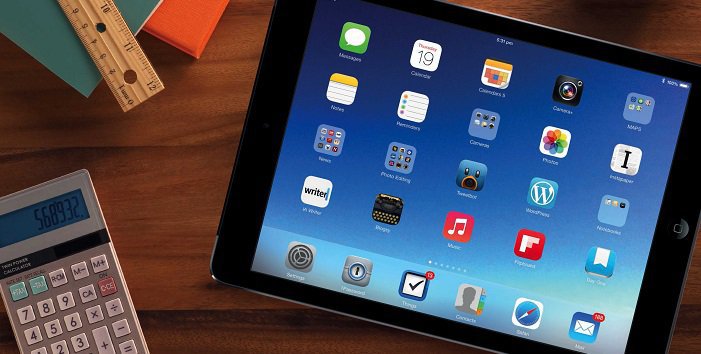 Each one of us holds memories of the years spent behind desks, on field trips, the professors, and the exams: from the age of 6 until 18 all students must spend half of their day at school with their companions and teachers.

The school was created, in fact, to be a trial for life and for formative, cultural, social, economic, and political growth. For this reason it is necessary that it remain a functioning, solid, and participated institution, keeping in step with the times and their continuous evolutions.

Unfortunately, however, the theory does not coincide with the practice: today, the school is suffering, more than any other public institution, from the lack of an indispensible modernization that has been postponed from reform to reform, foreseeing three players on the field, that is, the Ministry, teachers, and families.

Rather than stop at the numerous discussions that can be heard at bars, on public transportation, at the entrances of scholastic institutions, I have found it useful and necessary to have a dialog with the schools, with those who compute their work on a daily basis with professionalism and who look towards the future more than at the past, with those who effectively live the life of the school. Therefore, I decided to visit the Italian schools that were selected by the Italian Ministry of Education for the [email protected] 2.0 project, currently one of the three propelling actions of the Piano Nazionale Scuola Digitale (The National Plan for Digital Schools), thus verifying the ideas and the effective realizations for the schools that were chosen, in as much as they are already projected for the change and renewal of technological updating.

These schools are located throughout the Italian peninsula, from Piedmont to Sicily; they are all public institutions, from primary to secondary. I was able to got to 10 of the 15 institutions involved in the project, tracking the changes and the new modalities in act at what are considered Italy’s “avant-garde schools”.

From Brindisi to Scalea, Caltanissetta to Caserta, from Teramo to Perugia, Florence to Piacenza, and Brescia to Turin: these are the stops made on my trip to these schools all over Italy. It was a useful as well as compelling experience that allowed me to discover the positive aspects hidden within Italian schools, that which functions, makes plans, made up of motivated directors and teachers, who practice their profession with passion.

Each school selected has, in fact, brought its own personal contribution, focalizing more on some aspects that have been retained fundamental: pedagogy, the environment, and the use of technology in education.

First of all, the didactics, distinguished by the classical frontal lesson, have been reformulated in more engaging forms like the “flipped classroom” and “cooperative learning”, which are geared more towards the dynamism of the students, in order to capture their attention by putting them at the center of the lesson. It is aimed at building awareness in a collaborative and participatory way through the fruitful exchange between equals, stimulating energy and igniting a mechanism of healthy competition. So, the idea of the “class’ was put entirely into discussion: now the step has been taken from the manual to practical exercise, from short and concise explanations for teachers (30%) to the active and concrete participation by students (70%), moving between the double track of theory/practice.

The classrooms are effectively becoming workshops, though still continuing to maintain and strengthen specific disciplinary workshops: the concept of the “fixed classroom” is loosening its grip, ceding to the classroom that rotates around the three disciplines (scientific, technical, and liberal arts), and in which there are the specific tools available for all of these disciplines. This is, for example, the choice made by the schools istituto tecnico “Volta” di Perugia and “Majorana” di Grugliasco, who are pushing the class group to move from one disciplinary department to another according to the scholastic hours of each one. The “Scuola-Città Pestalozzi” di Firenze, an experimental institute in Florence, and istituto tecnico industriale “Majorana” di Brindisi  have, instead, created a new layout for their classrooms that does away with the traditional teacher’s pulpit, redistributing the space with re-assemblable desks and interactive whiteboard, and a recreational area included as well.

Each school has put the learning environment into discussion, keeping in mind renewed didactic needs and the structures that are available: for smaller sized classrooms an interactive whiteboard is useful for watching videos, documents, images, films, and exercises; or, it was effective to re-assemblable desks for group activities, in-depth projects, and practical exercises.

All of the technologies that are present on the market have entered into the school; however, opposed to what happened ten years ago, the use of new devices has become functional for learning methods. There is not just a stop at basic “technological literacy”, but that technology “through the subject matter” being taught, becomes a productive and stimulating tool: interactive whiteboards, notebooks, netbooks, and tablets have been adopted by schools and families with differing selection criteria.

For example, the “Majorana” in Brindisi, the “Scuola-Città Pestalozzi” in Florence, the “Rosso di San Secondo” in Caltanissetta and the scientific high school “Respighi” in Piacenza have chosen the formula of a tablet for each student, turning to brands and favorite companies like Apple. While the “Volta” in Perugia, “Majorana” in Grugliasco, the scientific high school “Copernico” in Brescia, the technical institute “Giordani” in Caserta and the scientific institute “Metastasio” in Scalea have opted for the free access of private devices belonging to students based on a choice and economic availability of the families. One fact is clear: interactive whiteboards have spread everywhere, not one school in Italy is without one and the 2.0 schools have one for just about every classroom.

The internet connection is obviously indispensable in the 2.0 schools, necessary for research, sharing, using the electronic registry (used by 2/3 of the schools inserted into the programs), the use of platforms, created for the passage of data, graphs, exercises, videos, between teachers and students during school hours and beyond.

The introduction of a lot of technology does not correspond consequently to an empowering and improvement of didactic results among students, nor should we believe that technology has definitively overcome all that is paper-based: innovation does not mean eliminating the past, rather, it means maintaining the positive methods of traditional teaching and developing them in a renewed context. And it is for this reason that the role of the teacher becomes fundamental, who needs further training courses and workshops, having become, at this point, the mediator of knowledge and the guide of reference in education for using new means of technology and the infinite possibilities of the Internet.

The schools of the future already exist in Italy, and, fortunately, they are more numerous than we thought.